The Amtrak train from Savannah to Miami was a fairly smooth process. You’ve got plenty of leg room and a car assistant who’s pretty much only there to check your tickets & go get you coffee and snacks from the food car if and when you want them. Not that I needed any. Mary had stocked me up with as much sandwiches and crumb cake as would fit in my bag so I was pretty much set for the entire journey. Or for the rest of the year…

The train arrives in a station just outside the main city of Miami but I was headed straight for Miami Beach ! I called an Uber and hopped in, feeling all nostalgic that my time in America was really coming to an end now. I was finally in the place I had been telling folk for months that I would be ending in, and it took me a minute to realise how much I’d already seen and done in the US since I landed all those weeks ago.

The driver pulled up on the corner of the street, abruptly knocking me out of my daydream and handed me my bags before speeding off. I spun around and looked at where I was, unable to recognise the iconic Miami metropolis that you’re so used to seeing in magazines and on tv. Where the hell was I?

I checked my phone and realised my hostel was one block up, so I turned on my heels and muttered to myself about useless Uber drivers, convinced that in one block the landscape would drastically change and reveal the pretty Miami coastline I was so eager to see. I was wrong.

The hostel I booked was pretty highly rated on Hostelworld, even though some of the reviews were pretty sketchy the overall rating was still high. Plus, it was cheap and had dinner included – how bad could it be, really?

It turns out, very.

I was greeted at the front desk with a grunt. An outstretched hand gestured for my passport and card information and chucked a set of bed sheets for me to go and make my own bed. “Round the corner to the right, just pick a bed that’s free”. Yikes. But I still held out hope. I’d had my fair share of dodgy hostels this year, most of them in 3rd world countries… I was in America – surely it couldn’t be as bad as that?

Oh but it was, and so much worse. I walked into a room packed with triple-tier bunk beds, suitcases and backpacks strewn all over the floor and at least 4 naked girls prancing around in their stripper heels “practicing” for the night ahead. I quickly stashed my stuff, making sure to actually lock it all away, and headed out to explore the area. They’d be gone by the time I got back and then I could really chill out. That’s what I told myself anyway.

By the time I got back, after realising I was actually on the wrong side of Miami Beach – I was at the bay side, the dodgy side – it was time for dinner. Dinner came in the form of 2 chicken fingers and 6 skinny chips. Yes, I counted because I genuinely thought it was a joke. And the jokes kept coming. As I sat trying to digest the supposed “chicken” nuggets I was approached by at least 10 people asking where I was from, what I was doing that night and what a “girl like you is doing in a place like this”. In retrospect I should’ve just ran then and there.

Turns out there was a rap gang battle going on in Miami that weekend, and I was staying at the hostel of choice for the competing bands. Perfect timing eh? So for the next two days (I’d already pre booked two nights, which I never do as well) I spent my time hiding from a rap gang from New Mexico who were hell bent on “protecting” me. To the extent I couldn’t even get a drink at the bar without a chaperone. I was at my wits end.

The night before I was due to leave I felt lighter knowing I was getting the hell out the next day. I’d booked Miami Beach international hostel and could check in any time from 11am. My stuff was packed. I was showered, organised and ready to go. I just had to get through this last night. Easy enough ? Nah nah nah, the fun was only just beginning.

So there I was, sitting in the outside area drinking a beer when I started hearing raised voices and tables being thrown around inside the bar. Long story cut short, a prostitute had been going round asking people to use their phone since she’d apparently lost hers, getting them to unlock it and then messing about with their private info while she had it in her hands. She managed to get into someone’s PayPal account and send herself 100 dollars from the guys account…but she definitely picked the wrong guy to mess with.

Next minute I know she’s being dragged out by the hair and full grown men are punching and kicking into her – did I mention she was also out her face on drugs? So she kept trying to hit them back. I didn’t stay around long enough to see what happened next. I basically sprang out my seat and ran to my room and locked the door. I could hear everything through the paper thin walls but there was NO chance I was going out there to see what was happening. Instead I peaked through the slats in the blinds and watched as it all unfolded.

By this point the chick had ran out onto the road and was stopping cars, screaming that she was being beat up (obviously omitting the back story to what actually happened).

This subsequently prompted a giant BRAWL between the new bystanders – pouring out a giant SUV with baseball bats – and the original rap gang from New Mexico. Meanwhile the prostitute ran away, 100 dollars richer and with some other poor guys phone. Don’t think it was worth the sore face though do you ?

So yeah. Was I hell staying there any longer. It was about 2am at this point and I had just enough WiFi to get myself an uber to the other end of town. I didn’t care that I couldn’t check in yet. I’d sleep in the lobby. I just needed out.

When I thought the coast was clear outside I hit “confirm” on the app, watching as the taxi pulled up to the left of the hostel and, double checking I wasn’t gonna be noticed, legged it into the back seat and drove into the darkness without even looking back. It was finally over.

As I thought, I couldn’t check in yet so I sat on a bench in reception and waited till 5am till they took pity on me and let me in. The hostel was £5 more expensive per night than the other one and it felt like I’d went from gripping onto the wing of a plane to hiring my own private jet. It was LUXURY. And dinner was also included. What the hell was I thinking before ?

So the next week in Miami I spent it pretty much just chilling, getting myself organised for the rest of my adventures in South America and basically trying to get over the last few days I’d had. I also got some terrible news that my little rabbit passed away so I wasn’t in the best of moods. It wasn’t till I met a cool group of folk on holiday after a camp America season that my mood finally lifted. We went to the beach, went for dinner most nights and just hung around chatting rubbish for the next few days. It was pretty much exactly what I needed. 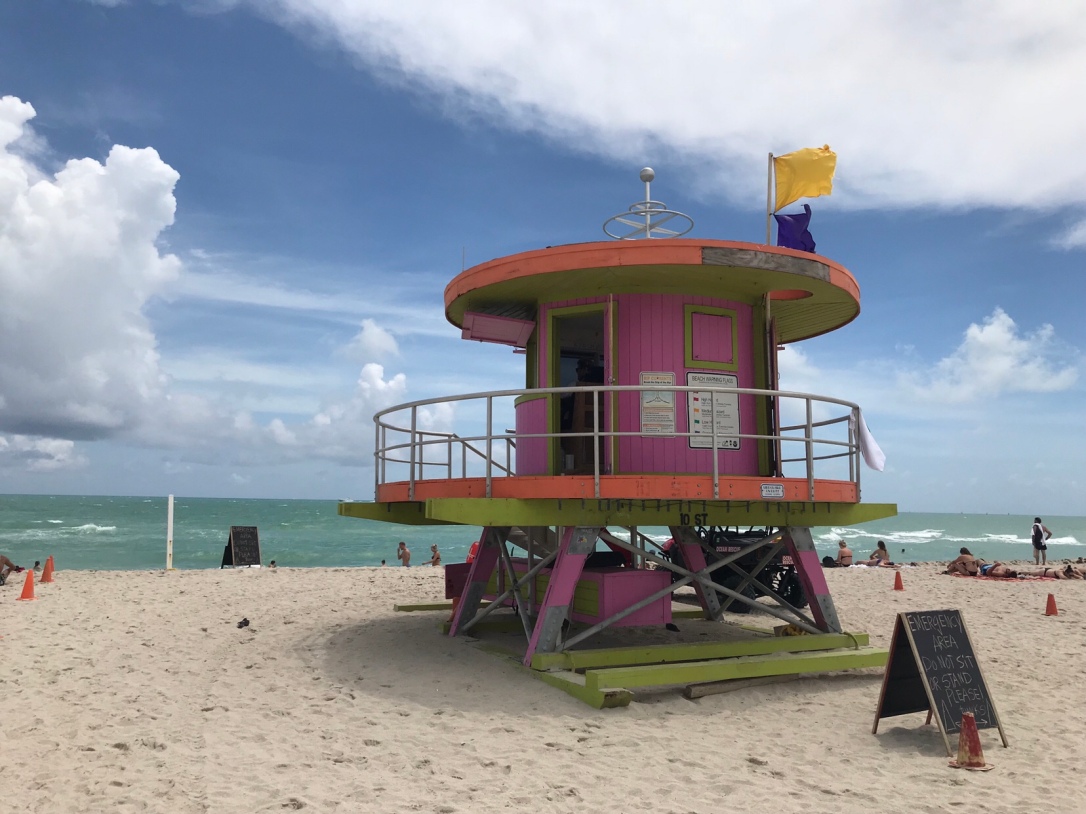 Also, I was originally gonna attempt to get to the Bahamas from Miami, it’s really not that difficult. But there was a storm happening there when I was planning on going, and a lot of people were finding themselves stranded when the boats back to the mainland were cancelled. I couldn’t risk getting stuck there, not when I had a flight to Peru coming up in the next few days. There’s always more time to explore anyway. I have my whole life left – not everything has to be done in this one trip.

I’ve actually found myself purposely leaving a few things out in certain places I really liked, basically giving myself a guarantee that I’ll have to come back at some point to “see it all”. It’s a reverse psychology trick, and it works a treat. I’m already planning new adventures and I haven’t even finished this first one yet.

I keep thinking about when I get older all the daft stories I’m gonna have rattling around my head. And they all belong to different corners of the world. I realise how lucky I am to be able to forget sometimes which country certain things have happened in, and it annoys me at times when I have to rack my brain thinking about it – but really it’s not a bad conundrum to have at all. I’m just finding a reason to moan as usual!

Anyway, as far as this story goes I’m gonna end it on a life lesson. If something is a couple quid more expensive but has the guarantee that you won’t be involved in a prostitute-infused gang war, EVEN IF it puts you slightly over budget – TAKE IT. The difference of £20 is a much lesser hit to your bank account than an emergency flight home cos you’ve been smacked with a baseball bat on the wrong side of Miami Beach. Stay safe kids, there’s a time and place to be budget-friendly…

Makes a hell of a good story though, eh?