Alright. From now on I’ve made a promise to myself that I’ll start doing regular updates on here rather than constantly trying to remember everything days, even weeks, after they’ve happened. You don’t realise how much stuff you’re able to cram into the space of 2 weeks until you sit down and try to condense it into something worth reading – or better yet, into something that’s not going to bore you all to tears. Whatever way you want to look at it, I’m going to try to do better… for everyone’s sake.

Carrying on from where I left off last time, ever since I got to Hue (after the Hai Van pass, remember?) it’s been WILD. From breaking into abandoned water parks, climbing waterfalls, zip lining into caves and celebrating Chinese New Year with the locals, I’ve crammed so much into my last days in Vietnam it’s kinda difficult to decide where to begin.

Since I was pressed for time because of Tet and the consequent closing down of ANYTHING local (buses, restaurants, locally run hostels…) I had decided to make my way north as fast as I could, base myself in Hanoi and then do day trips from there…but like anything while travelling, it didn’t quite turn out that way. Although I was only planning to stay one night in Hue, I met a hilarious duo (Matt and Callum waaaassup) who I proceeded to scoot around all over town with getting up to no good. We pelted through the main streets of Hue to the edge of town hoping to sneak into the abandoned water park that we’d heard so much about. The only issue was that it was strictly off limits, so we had no clue how we were actually gonna get in without getting caught! Thinking we were pretty clever, we mapped out a path to the back entrance, hid the bikes and proceeded to sneak about on foot.

No sooner had we walked 100m did we heard the rumble of a scooter coming quick and fast towards us, drowned out by the shrieks of a teeny wee Vietnamese guard shouting at the top of his lungs ‘NO VISIT, NO VISIT’. It turns out no amount of bribing him was gonna do the trick so we hopped back on the bikes, over-emphasised our ‘disappointment’ and trudged off to find ANOTHER way to get in where he might not catch us. This sparked a 2 hour long chase through the forests by the most dedicated security guard I’ve ever, and probably will ever come across in my entire life. At one point we were in amongst THICK woodland, not a path in sight yet as soon as it started to clear, there he was standing there, bike switched off just waiting on us to clamber out of the trees and send us back on our merry way. Hats off to the guy, he deserves a bloody raise putting us through our paces like that, I was EXHAUSTED.

Now originally I had booked my bus for 4;30pm that afternoon but after all the excitement, the bikes – and us included – had had enough. And when we were standing at the side of the road at 2pm, having just broken down I knew that was never going to happen. You’ve got to just roll with these things and I’m so glad i did, because my next destination would take me another 5 hours north to Phong Nha, and oh JESUS I really didn’t know how cold it was about to get.

After coming from the tropical temperatures of Thailand and Cambodia, it’s safe to say I really wasn’t prepared for the colder climates as I made my way further north up the coast of Vietnam. The warmest thing I’m travelling with is a long sleeved t-shirt, and that’s only because JJ accidentally left it in the hostel in Hanoi. If not for his terrible packing skills, I’d still be scooting about with a pair of running shorts and a vest on, getting stares of disbelief from the locals as they walk around with parkas, hats and scarves on. It is their winter after all.

Now I don’t really know if it’s cold cold, or if I’m just becoming acclimatised to the heat (lucky me, eh?). I must say ‘it’s absolutely chilly baltic’ about 10 times a day but in reality its about 19 degrees outside, or as we like to call it in Scotland: summer time. So yeah, i may be being a little bit of a wimp about the weather but it’s only because I was half expecting it to be 30 degrees and sunny the entire time I was away. Chance would be a FINE thing.

In all honesty, I do not know what I was thinking when I was packing to leave. Every single day I think about things I wish I had with me that are sitting in a drawer back home, taunting me from 6,000 miles away as I’ll now have to go out and buy these things I was too damn stupid to put in my bag. For some reason, and I’ll probably never know the reason why, I brought FIVE bikinis with me but only one t-shirt with sleeves? I can see you frowning cos I have NO idea where the logic behind that is either. I can actually count the amount of beaches I’ve been to in the past 6 weeks on one hand, but the amount of times I’ve had to wash my t-shirt in the sink and leave to dry over night is uncountable.

Plus, somewhere along the way, someone (I know who, but they read this blog so I’m not gonna be that guy – YEAH YOU) nicked my only black one. So I’ve been making do with what I have until I get to somewhere that caters for us apparent western ‘giants’. Somewhere where I can buy a shirt and it actually stretches all the way down to my waist instead of swinging about half-mast like I’ve put it in too hot of a wash. I love Asians, by damn they’re little. At 5 foot 6 (and a half..) I’m not even that tall but I’ve been winded about 20 times with all these toaty wee folk slamming into me full force in the chest while I’m too busy looking up at the cool things around me. 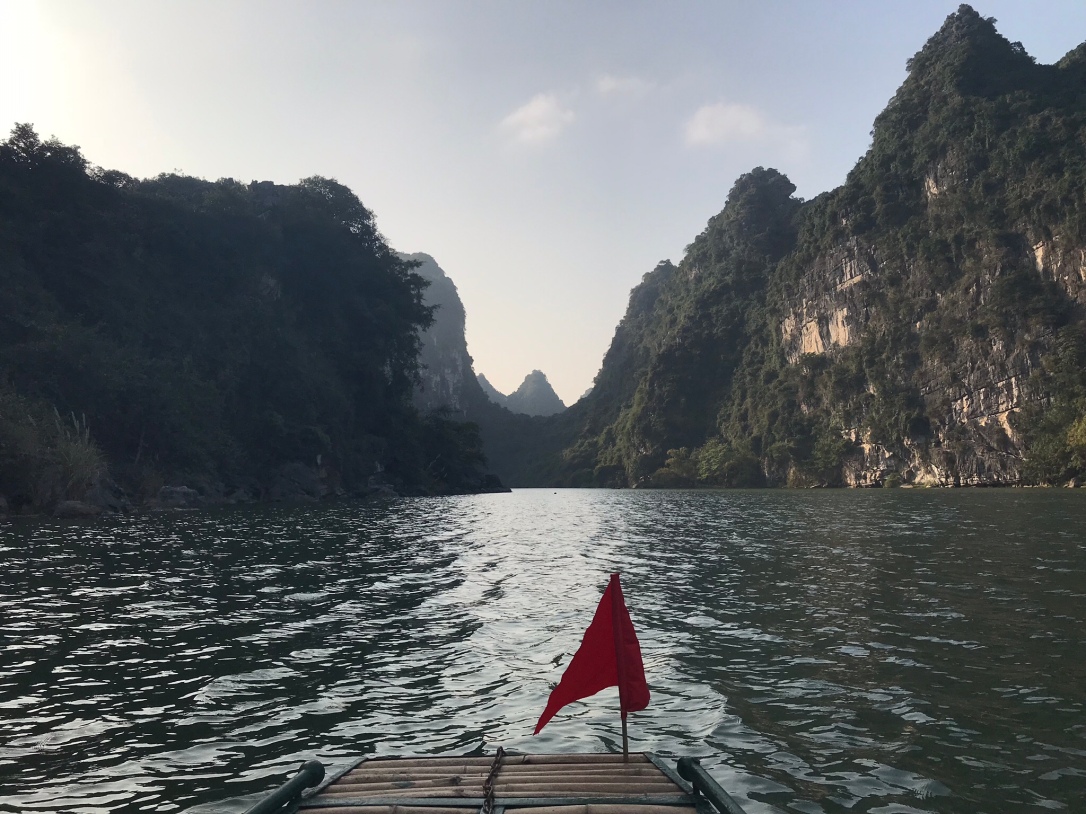 For fear of this turning into a blog post about the cold (or not so cold) weather and little t-shirts – the point I’m trying to get at is that Vietnam is INSANE. Despite the chillier climate, the further up north I went, the more fun I seemed to have. In Phong Nha I spent my time scooting around on mopeds, zip lining into dark caves, cannon balling into lakes from nets suspended about 10ft in the air, and in general just continually surprising myself with how far I was suddenly willing to push myself. It’s true that I’m starting to notice a change in myself. I’m not so fearful of absolutely everything around me, or analysing the potential consequences of harmless situations. In Hanoi (surprisingly less chaotic than Ho Chi Minh city?) I felt comfortable walking around, crossing the roads and eating the street food without a second thought. I spoke to locals, learned some new phrases (chuc mung nam moi means happy new year if you wanna know) and tried to really immerse myself in the culture and festivities surrounding the most celebrated time of their entire calendar year. (Plus the hostel I stayed at gives you free unlimited beer from 7-8pm and if that’s not reason to celebrate, then I don’t know what is).

Truth is, Vietnam seemed to give me some of the confidence back that I had lost a long time ago. I got on the back of a bike. I crossed a bridge without collapsing half way from a massive panic attack. I ziplined, I got in a boat and sailed through silent, pitch black caves. I did things that even 6 weeks ago, if you’d asked me to do it would have been an instant no. Truthfully, free visa or not, 15 days was not even remotely long enough to spend in this incredible country and I know for a fact I will be back one day when I don’t have an onward flight already booked. 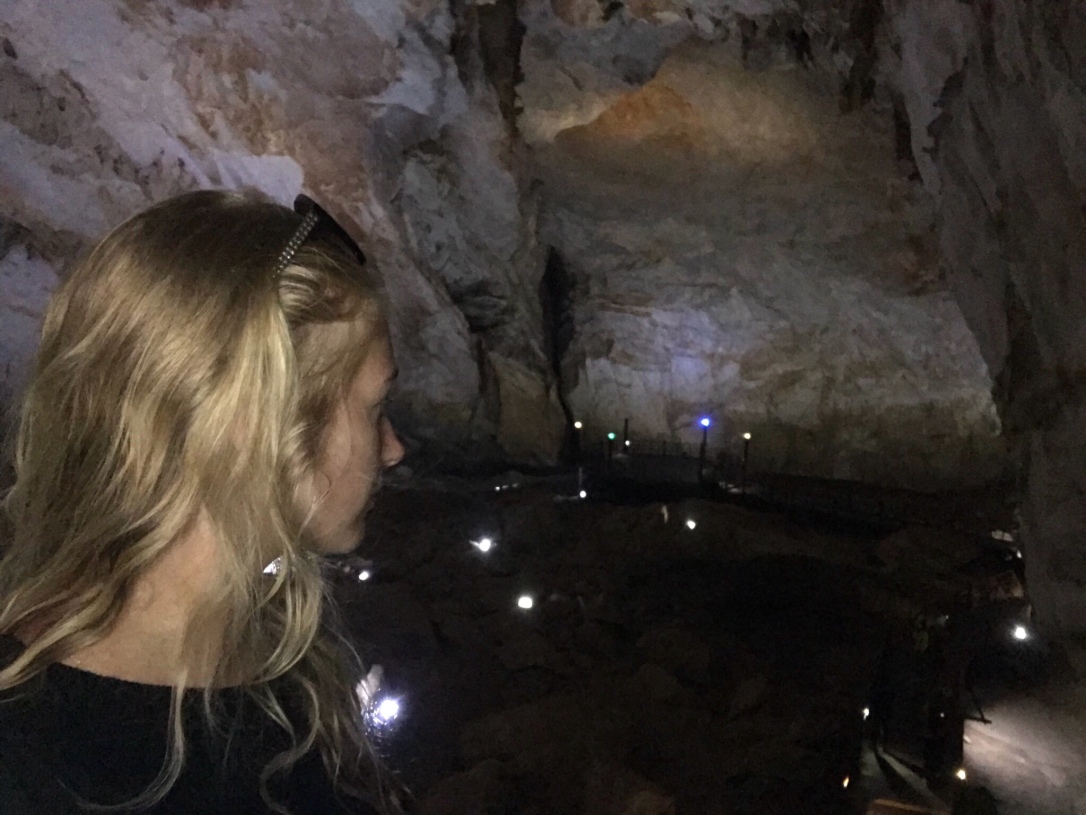 I’ll miss the food, the locals, the cheap clothes and the bustling night markets. I’ll miss my pals I made from the very south in Ho Chi Minh City all the way up the length of the country to Hanoi in the north and as much as I’m ready to spend 4 days straight in Hong Kong, I’ll miss the spontaneity of not knowing where I’m going to be even 12 hours in advance. You almost seem to develop a ‘routine’ of sorts. One that can be completely torn apart and altered at short notice, but strangely that’s all part of it. It no longer bothers you arriving in a new place with no accommodation booked, there’s always going to be a bed (of some description) somewhere. Picking up and moving on also becomes easier when it no longer takes 20 minutes, and a lot of huffing and puffing, to pack. Everything has it’s own little space and you learn where it all goes pretty quickly when you do it at least twice a day, every day, for almost two months. The conversations also become less about where you’ve been but more about where you’re going and what’s coming next. You’re excited about life, and the adventures that are coming your way instead of stressing about bus times and finding the exact street market you read about on those google forums you trolled before you left.

You start winging it. ‘Seeing the sights’ and just being a tourist all the time becomes exhausting. Sometimes all you need is a day spent just sitting in a cafe watching the world pass by around you and letting yourself take a breather. Sure, this is probably the most uprooted my life has ever been, and maybe will ever be, but for the first time since leaving Scotland I feel settled. Maybe I’m finally starting to get the hang of this thing called ‘travelling’.

Although next time? I’m coming back in the bloody summer.