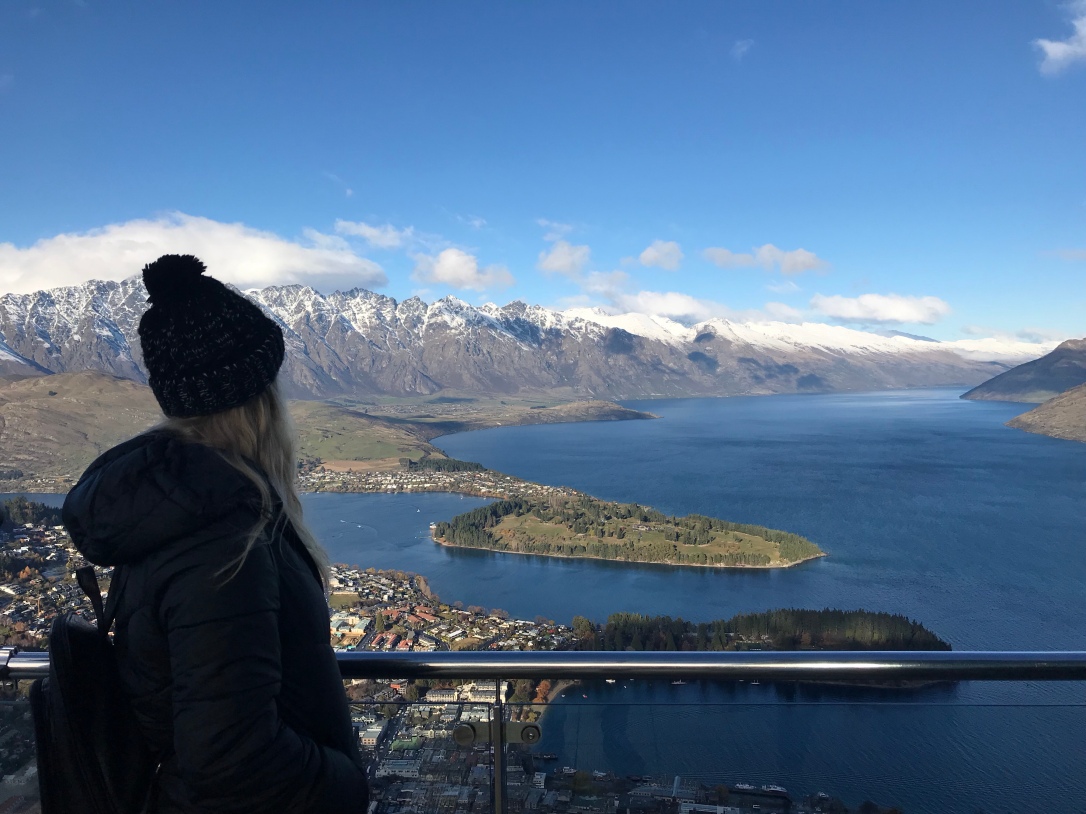 The flight to New Zealand was horrific, I’m not gonna lie. There I was, sitting 30000ft up in the air, on my own, still reeling from the most tears-n-snorterry goodbye I’ve ever had to do. I’d been living in Melbourne for the last month and was growing quite accustomed to having somewhere to “be”. I had a place for my clothes, a place for my toiletries, a place for my shoes when I kicked them off at the front door. It was a place for me to just…be. And as “doomsday” as I started referring to it in my head grew closer and closer, it was like someone ripping me from my cocoon I’d built myself in Melbourne with JJ, his family and friends. As much as he drove me mental, I’d actually grown quite fond of his wee face since Thailand. I just wasn’t ready yet.

In hindsight, I don’t think I ever would have been. If I hadn’t left when I did I’d have a) overstayed my tourist visa and been banned from the country for the next 3 years and b) wrapped myself tighter in my already suffocating cocoon that I’d have never been able to leave. Ever. My original flight was booked for the 14th May and I just kept pushing it back until the point where it was just impossible to push it any further. It would have started eating into my time in New Zealand and I would have had to miss things out there. And I just couldn’t let that happen. 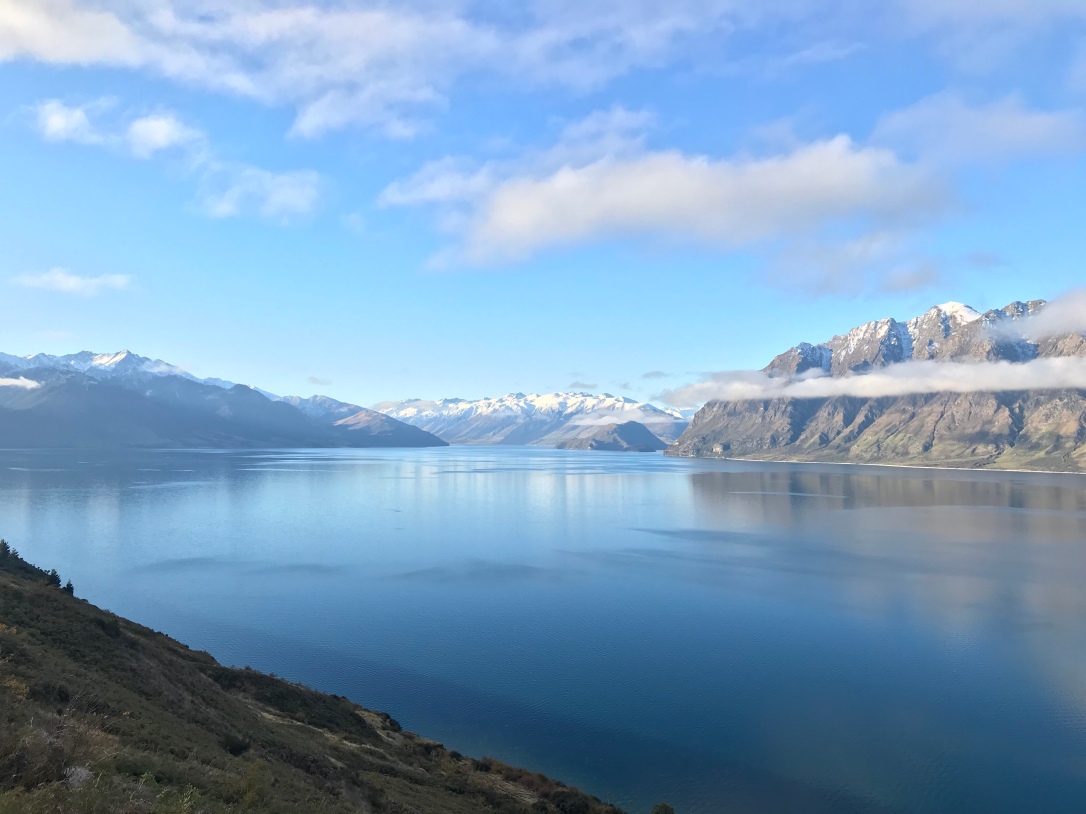 Ever since I was little I’ve always wanted to go to New Zealand. My mums cousin and her kids emigrated to the North Island when her husband was stationed there with the RAF and every Christmas we promised we’d visit. But we never did. Then a few years ago they moved back to England and it seemed like a massive anti-climax. I’d always wanted to see this place – it was built up so much in my head to be this far away fairytale land with an endless coastline and turquoise waters. And I NEEDED to make it there.

So that’s why when I was on the plane, rocking back and forth in my seat, noisily blowing my nose into a napkin and wiping the tears off my face with my sleeve (& grossing out the people next to me) I knew as bad as I felt then, New Zealand would make it all better. I’d was en route to the destination I’d dreamt about for over a decade. So why the hell was I crying ???

Quite suddenly – and dramatically, as always – the tears stopped and my expression changed from emptiness and devastation to sheer bewilderment and amazement! In between sobs I’d caught a glimpse of the view outside my window, and as we glided over the snowy mountains towards Christchurch airport I just sat there with my mouth wide open gawking at what was, quite frankly, the most amazing thing I’ve ever seen in my life. The mountains below looked like they were so close I could touch them, and the way the snow sat on them, and continued to rain down on them was like something straight out of – you guessed it – a fairytale. 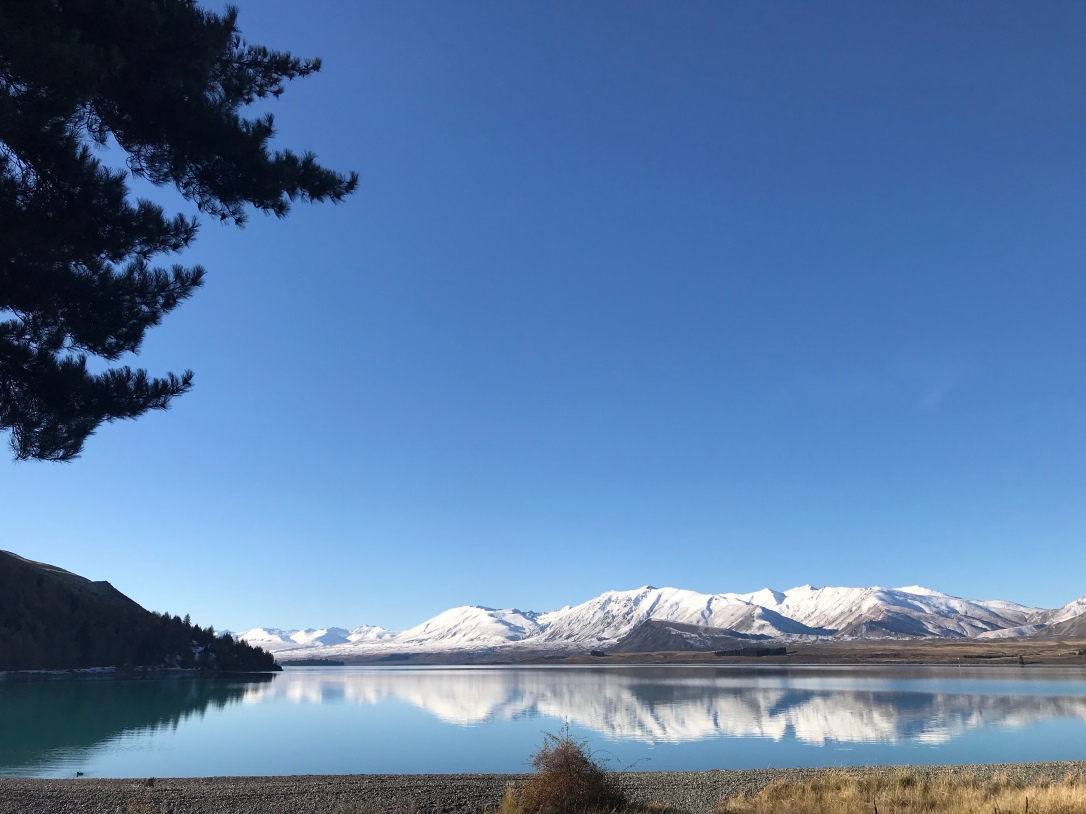 It’s probably one of the only times in my life I’ve been lost for words and I actually had to remind myself to take a breath. I was smiling again. For the first time in what felt like days I was actually genuinely ECSTATIC. I pushed my forehead against the window and just sat and watched while the sky lit up in flames as the sun set behind the tallest mountain, changing into colours I’ve never seen in a sky before. It was absolutely magic.

THIS is why I do this. This is why I’m doing whatever hell it is I’m doing. There’s always gonna be bad points in whatever you decide to do in life, but as long as the good stuff outweighs the bad, I think you can safely say you’ve won. And to think I was sitting there, not even 10 minutes ago wondering what the hell I’m putting myself through all of this for…well I got my answer there and then.

The moments that take your breath away and make you question your place in the world. The moment that make you realise how insignificant we humans are in our landscape and how much we under appreciate the world that we live in.

Yet how much of an impact has mankind made on earth? Good and bad ? At the end of the day, without humans the world would keep on turning. Without us the world would be just as it was before that first cell mutated all those thousands of years ago. And to be frank, the world would undoubtedly be in a much better state without us with all these chemicals and gases that are being continually pumped into our skies and our seas. 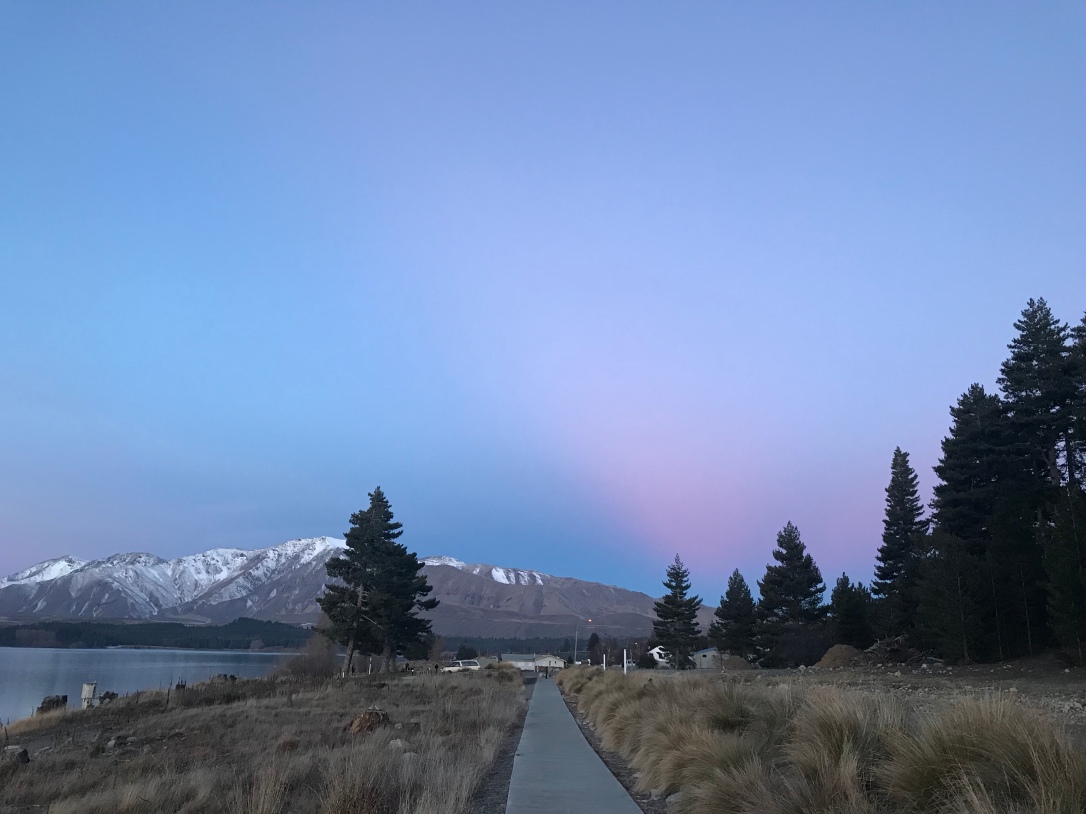 And you’ve all probably stopped reading by now cos I’m getting all hippy and tree-huggy but it really makes you think about life. When you’re staring at something so bloody beaut you forget to think…and it’s all natural. No one put it there, no one carved those mountains to sit the way they do, they’re just there. Doing their own thing. Wallowing in their majestic-ness because nothing man made could ever top a view like that. No amount of “worlds tallest buildings” and “worlds grandest palaces” or whatever else Dubai decides to churn out next could touch what we already have, for free, right in front of our eyes. 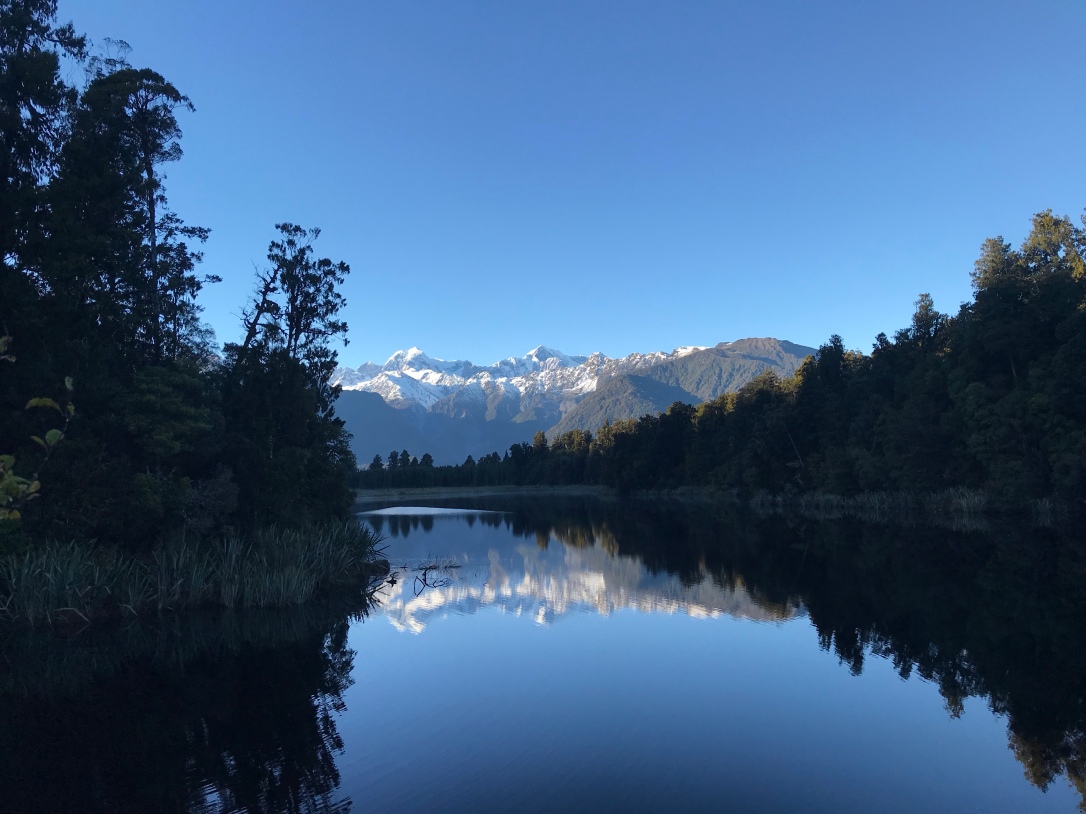 So landing on that runway in New Zealand, albeit a little tear-stained and exhausted, I felt lighter. My adventure bug had been given the massive kick up the ass it needed to get myself back in gear and back on the road again. I was ready to see things again, to explore places of the world most only dream about. I was here, I was ready to get my shoes on and get exploring. And what better timing? My first leg of my kiwi experience bus was booked for 7am the next morning…and we all know how it goes when megs doesn’t get enough sleep…

*stay posted for my adventures aboard the big green kiwi bus, making new pals, getting too drunk (woops), spending too much money and making so many new memories* 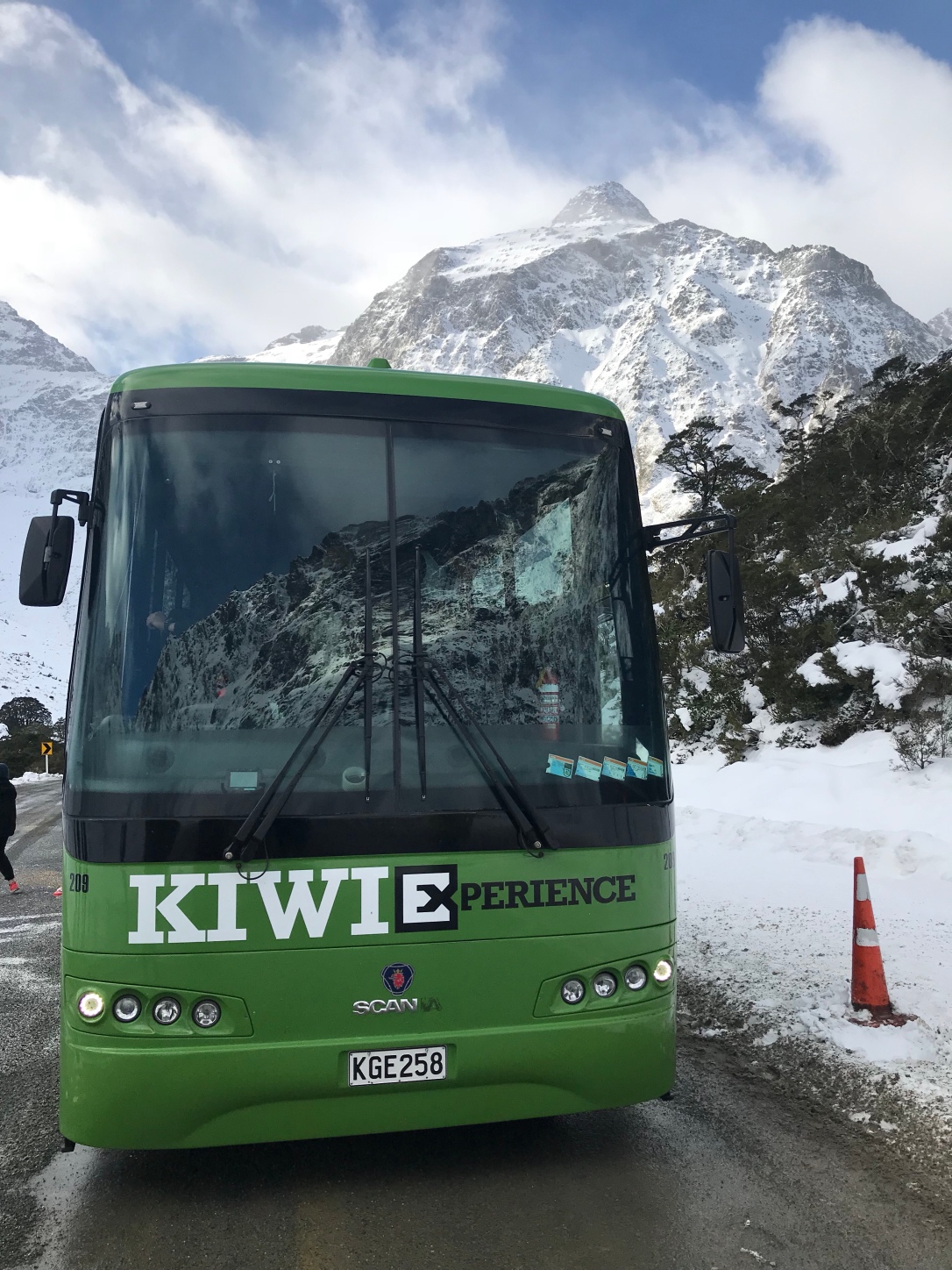