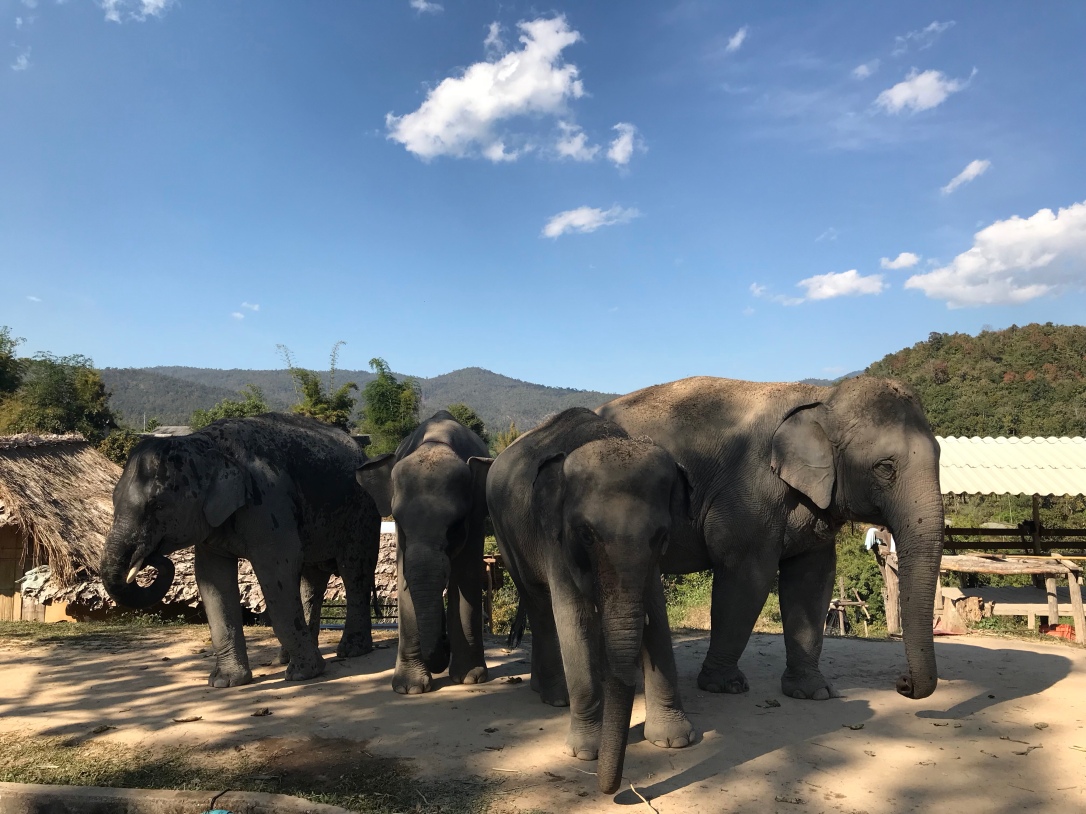 For various reasons, I had decided to postpone the elephant jungle sanctuary until after I came back from Pai. To be honest, I was exhausted after the train from Bangkok and I really didn’t want to rush into anything or book anywhere just for the sake of it. When it comes to choosing a reputable sanctuary to visit you really have to do your research in Thailand. Many of the camps that claim to be ethical still present terrible living and ‘working’ conditions for the elephants and generally aren’t the kind of places that you’d want to support 😦

One particular rule of thumb to keep in mind when selecting where to go and visit these amazing animals is a sanctuary which promotes ‘no riding’. The reason for this is self explanatory – an elephant is a wild animal and their backs aren’t designed to be carrying around humans all day, every day. Choosing a sanctuary where this is specifically prohibited is a step in the right direction to finding a safe haven for the animals …and subsequently having a great experience for yourself knowing you’re not promoting somewhere unethical 🙂 win win !

There are 2 highly rated sanctuaries in Thailand, one of which is highly favoured and booked months in advance and the other, while it is much the same in terms of ratings, it is however much more accessible due to the fact they have 9 different camps throughout Thailand so as not to tire the elephants out. The elephants in each camp are only ‘booked’ between 2 and 3 days a week, alternating with the different locations so that they can chill out, relax and well…just be elephants. Aside from the fact that I was booking fairly last minute, I was more inclined to pick the jungle sanctuary from the start. If, like myself, the reviews and the photos on the website aren’t enough to satisfy your morals, there are always personal blogs and forums to scour through and be able to get a well-rounded view on a place as a whole. Satisfied with my choice, I booked my place and told my mum, dad, granny, duggies & anyone else that would listen that I was FINALLY going to spend a day hanging around in the jungle with my new elephant pals. I couldn’t WAIT.

We opted for the half-day afternoon camp, with the bus picking us up from our hostel at 11:30am and dropping us back off again at 6:30pm. There are options to start at the crack of dawn but I’m grumpy enough at the best of times never mind being hauled out of my bed and trekking through a jungle all before I’ve had my morning coffee…I wouldn’t put myself (or anyone else) through that to be honest.

As we climbed into the back of the truck that would take us south into the thick jungle outside of Chiang Mai, the driver gave us a wicked smile and told us to ‘sit tight’…because many tourists throw up on the way there… and after just conquering the road from Pai the night before I wasn’t quite sure how my stomach was gonna hold up. I had no time to mull it over as straight after the words had left his mouth, he hurtled off and jiggled us through the winding roads, periodically glancing back at a few folk who were growing greener and greener the farther into the trees we went, stopping only to pick up 15 sacks of bananas as a morning snack for the elephants we were just about to meet…eek!

We arrived at camp 9 around 1 o’clock and were given woven shirts to change into as the tour leaders gathered us round and prepared their presentation. It was SO interesting. He explained the history of elephants in Thailand and how riding camps came about, going into detail about the damage and destruction elephants used to wreak on neighbouring plantations, forcing farmers to fork out huge sums of money for the damage their giant pals would cause. In response, Thai entrepreneurs proposed a solution, taking the elephant off their hands so they didnt have to worry about it destroying whole field of crops, and in turn receiving a wage as they’d put the animal to ‘work’. This typically involved exploiting large sections of the western tourist industry, offering ‘elephant rides’ for sky-high prices, forcing the gentle giants into hard labour work and thanking them by chaining them up at night so they wouldn’t wander off and thus affect their new-found income.

Now there are still cases where elephants are still restrained, even in the most ethical camps… but not for the same reasons as before. In particular, males who have been mistreated are known to lash out, and restraints are necessary to attempt to teach them that they’re no longer in danger. A chain won’t stop an elephant, neither will a hook that you sometimes see the trainers (mahouts) carrying. A collar also won’t stop your dog going psycho at the neighbours cat when he spies it pelting up the garden. But when you tell them to stop, that notion of authority and ownership will do more to calm a situation than physical force. An elephant will be more likely to restrain itself if it has the same kind of bond that our own pets have with us, they just have to be trained first.

While all this was being described to us, the elephants we were here to see were just roaming around, eating corn and bananas less than 5ft away from us. They ambled over the hill behind us and stood patiently waiting till the trainers were finished, looking just as excited to see us as we were to see them. Apparently an elephant looks at a human the same way we feel about a newborn puppy, they think we are absolutely adorable!

Soon it was time to get our own banana sacks and go say hi. There were 5 of them in total, the majority of them around 20 years old, with one pensioner (77!) and a little tyke at just 5 years old and tbh they were all just as cute as each other. We fed them, rolled around in a giant pool of mud with them and then dived in the FREEZING river with them to wash it all back off again. The river was absolutely treacherous, and JJ got a little too close to one and dropped his go pro, thankfully he got it back but it just shows you, they’re amazing when they’re on their backs rolling around like puppies but they’re HUGE creatures and they would squish you like a bug if they accidentally rolled on top of you so make sure to keep your distance at times!! 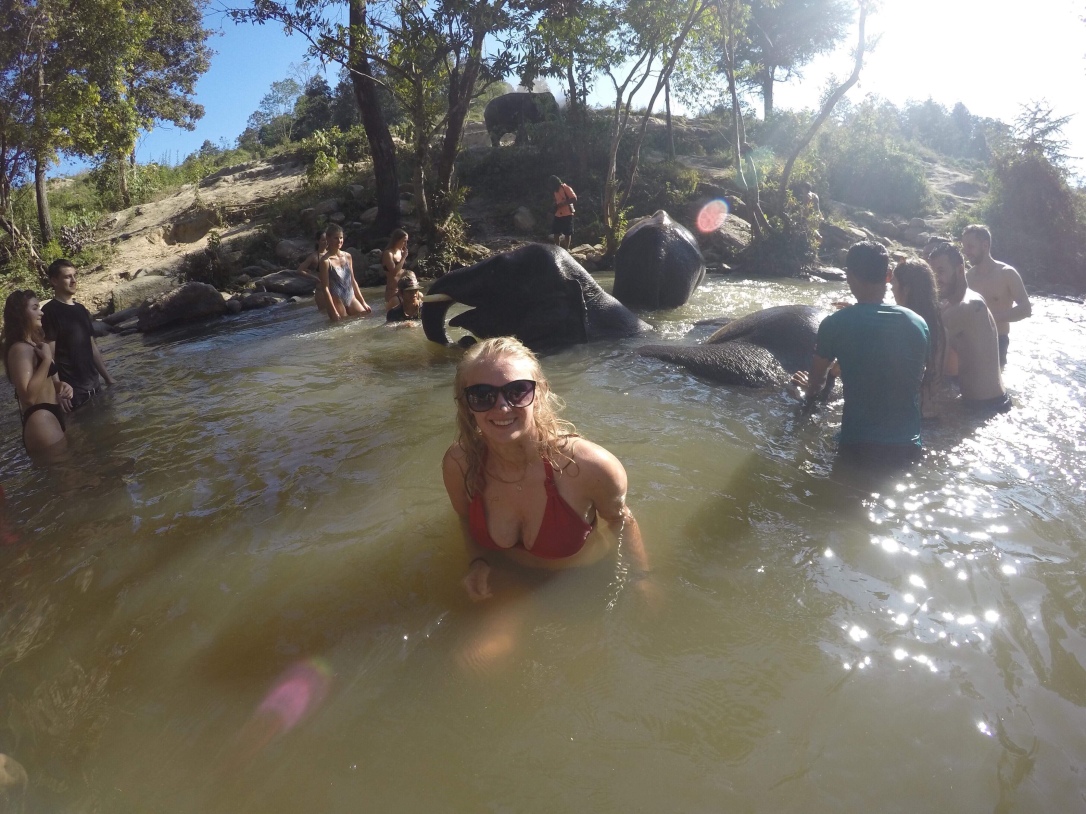 Once we were all exhausted (humans and elephants alike…I was wrecked) we had lunch and dried off, sharing photos and hearing a little more about what the sanctuary has managed to do to save the lives of hundreds of elephants since its beginning. As further support you are also able to purchase your woven shirt for 200 baht (4 quid!) and all proceeds go directly to the sanctuary fund so it’s a great donation and you get a jazzy new shirt at the same time!!

The ride back was much easier as we were too tired to concentrate on the bumps in the road, my mind was also otherwise occupied as I knew I had about 2 hours to get home, get showered and get to the bus station. I was heading to Bangkok on another overnight bus (surprise surprise) and then straight onto another bus to my next destination… CAMBODIA.

The elephant sanctuary was a fantastic way to round off my time spent in Thailand. Learning about the history of the animals and recognising the great work that sanctuaries have done and are continuing to do to try and rehabilitate these incredible creatures is heart-warming. I left Thailand with a smile on my face – I had made some amazing memories, even better friends and as we rumbled through the countryside back to Chiang Mai, I couldn’t help but smile and get excited about all the things I’m going to do this year and for all of the adventures that are yet to happen. 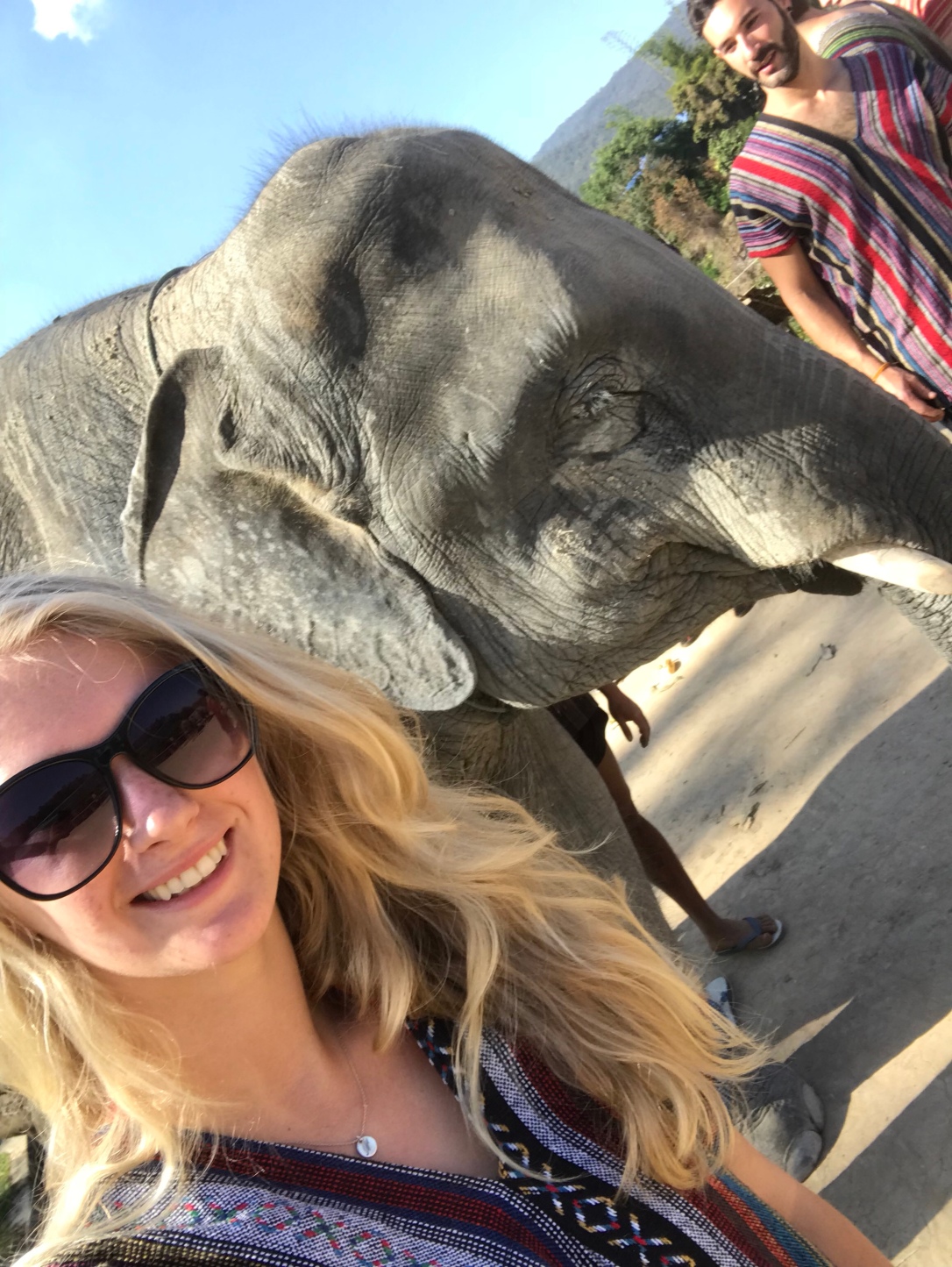 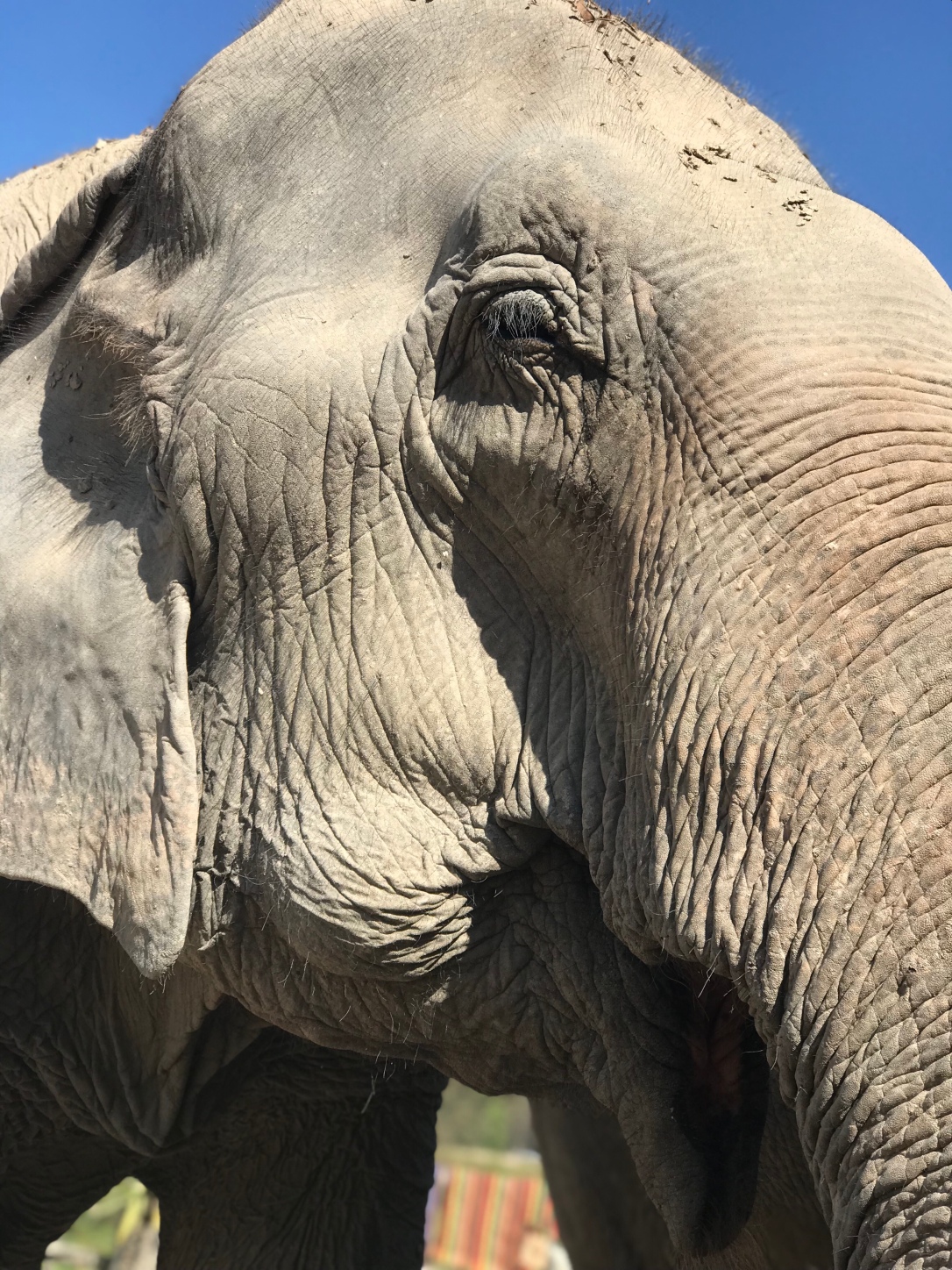