After saying our goodbyes at Thai Time hostel in Chiang Mai, April and I made our way to the bus that would take us back down to Bangkok. We then swapped buses (I WISH it was as easy as I’ve made it sound…) and continued over the border into Cambodia. Our first stop here would be Siem Reap, the second largest city in Cambodia only downsized by its capital, Phnom Penh. JJ was flying to Tokyo to meet some buddies from home & as we’ve found out so far, it never gets easier saying goodbye to each other. We had a little bubble but as usual we were running slightly behind, so we bundled ourselves into our taxi and headed off into the night to find our bus and get ourselves moving in the right direction.

Theoretically, the bus from Bangkok to Cambodia is fairly straightforward. The first overnight bus from Chiang Mai to Bangkok got us into Morchit station at 5am, a whole 2 hours ahead of schedule (another F1 driver, lucky us!). If we were staying in Bangkok I would have been over the moon to be 2 hours early, but since we had a connecting bus to Siem Reap at 9am, it meant we now had a full 4 hours to sit and wait on the next one coming in. The JOYS.

One tip for crossing the Cambodian border from Thailand is to always make sure you have passport photos prepared in advance and always have the exact amount of money for the visa you are about to buy. If you hand over a $100 bill for a $30 visa you will get a fraction of this back in change, as Cambodian officials are known to pocket the excess and react aggressively if you question their actions. In our case, we paid in Thai baht so the exchange rate should have been 1000 baht for 30 USD. You could argue with them until you’re blue in the face but your efforts would be futile, they will just push you around and try to get rid of you in the absolute chaos that is the immigration office. Eventually we gave up and let them keep it as the question of ‘if we continue to fight, can they deny us entry?’ was beginning to form. Feeling cheated, we trudged back to the bus for the remaining 4 hour drive to Siem Reap; Cambodia’s most popular tourist destination known for its awesome Pub Street nightlife and of course the 8th wonder of the world, the temples of Angkor Wat. 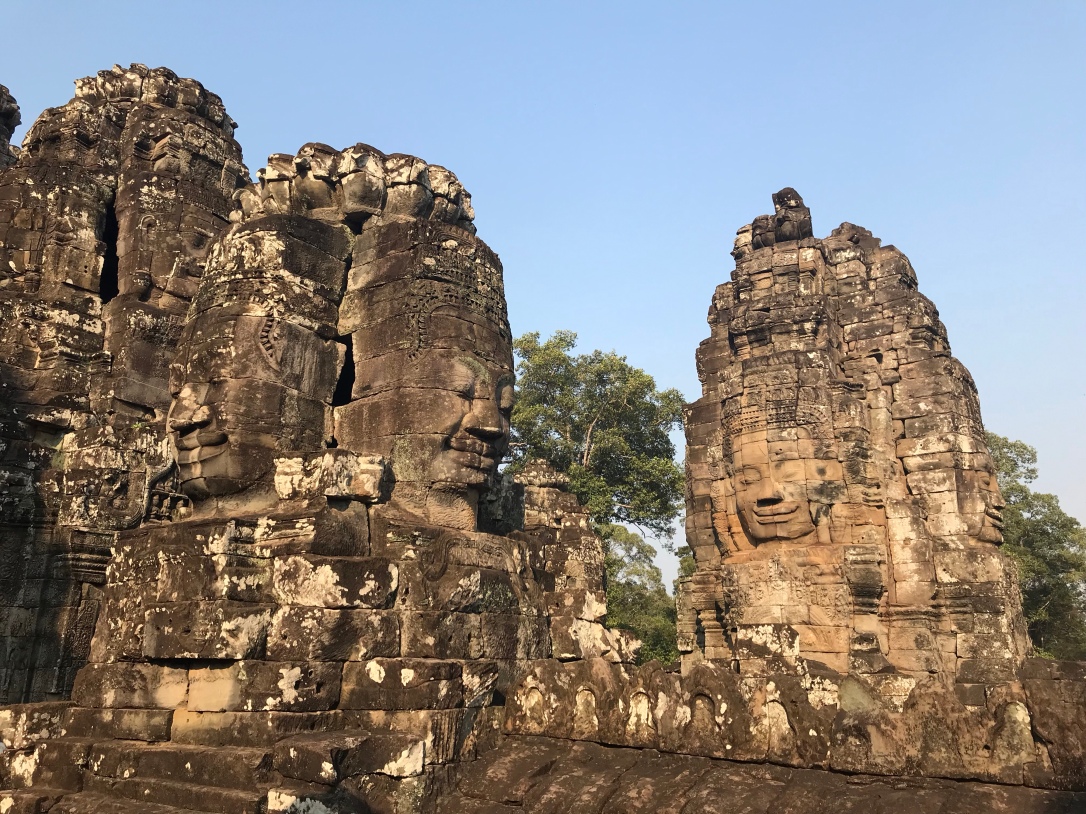 I’m not gonna lie, at this point Cambodia wasn’t looking too promising. The drive from Thailand was like driving into another world. Cambodia isn’t as picturesque as Thailand. It’s also not as adapted to the tourist industry that South East Asia has come to know over the last 30 years, and from the behaviour of the government officials at the border it seemed like they’d try their hardest to get as much money out of you as possible, which really isn’t a great first impression. Before arriving I really didn’t have any premeditated opinions on the country or what to expect when I arrived. I knew it was going to be one of the least affluent places I’d come across in my travels for the next few months but I wasn’t quite prepared for the levels of poverty here, particularly in the suburbs surrounding the main towns. However I wasn’t about to rule it out that quickly. I was grumpy (surprise surprise), tired and absolutely starving so I made my excuses and went in search of food and a comfy bed and hoped things would look a little brighter in the morning.

At around 11 o’clock my phone dinged and it was JJ. He had changed his route and had come to Cambodia to find us instead of going to Tokyo with his friends and was standing in our hostel reception waiting to check in! This definitely brought everyone’s spirits up, the gang was back together again and we were en route to see one of the most famous temples in the entire world. Life was looking up… 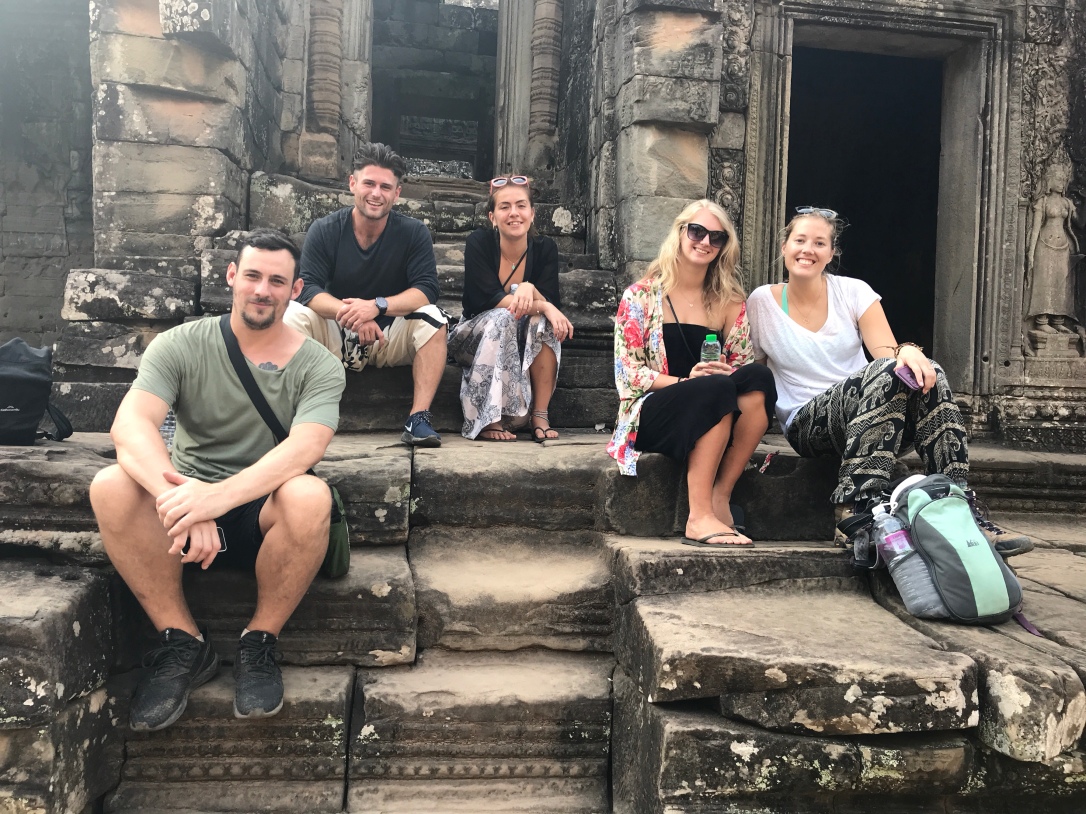 Angkor Wat was AMAZING. By the time we got up and got ourselves sorted the next morning it was around 1 o’clock before we eventually set off, not leaving us much time before sunset to see everything so we really needed to get a move on. The entrance fee was quite pricey at 38 dollars, but you can arrange a tuk-tuk from your hotel for only 30 dollars for the entire day. 30 dollars divided by 5 was only 6 each and they wait for you to finish each temple and take you home again. It really is insane how much we get ripped off for transport back home when you can pay 4 quid here for an entire day of being driven around whereas back home this would get you the equivalent of a wee scoot from the pub to the club on a Saturday night. Absolutely mental.

We visited 4 temples in total (they are all amazing and you can get a 3 day pass to see them all there’s that many!) but as much as I love history and cultural activities, once I’d seen the first couple I was exhausted. It was HOT and the sun was due to set around 5pm by which point I wanted to be at the main Angkor Wat temple to see the sun go down behind it. Tell you what, it did not disappoint. The main temple has a set of treacherous stairs to climb up to the top level (no panic attacks this time round either, YUSS) where you can watch the sun disappear into the horizon and try and imagine what life was like around 1000 years ago when this fab collection of temples were built. It’s true that most people visit Siem Reap purely for the day trip to Angkor Wat, as aside from the pub street and night markets there isn’t all that much going on there. Collectively, we decided that our next moves would be to head south to the capital – Phnom Penh – to get closer to Vietnam and to visit the genocide museums and killing fields of Choueng Ek where we’d see more of what Cambodia has to offer as well as learn more about Pol Pot, the genocide that happened here less than 50 years ago as a result and the terrible things he did to his own people and his country.

There will be an entire blog post dedicated to the Killing Fields. The experience was so harrowing it’s taken me a few days to even talk about it never mind write a blog post on it, so be warned it will be difficult to read and for me, even harder to type. But it’s for this reason I’m keeping this blog, I want to be able to remember these things and similarly I want to be able to share my experiences with those of you who unsurprisingly may not know too much about it. The western hemisphere has a tendency to omit things from news channels that don’t necessarily directly affect citizens at home, but by raising awareness and talking about things that have happened and can happen anywhere in the world, we’re more prepared to handle them and prevent something like this from ever happening again. 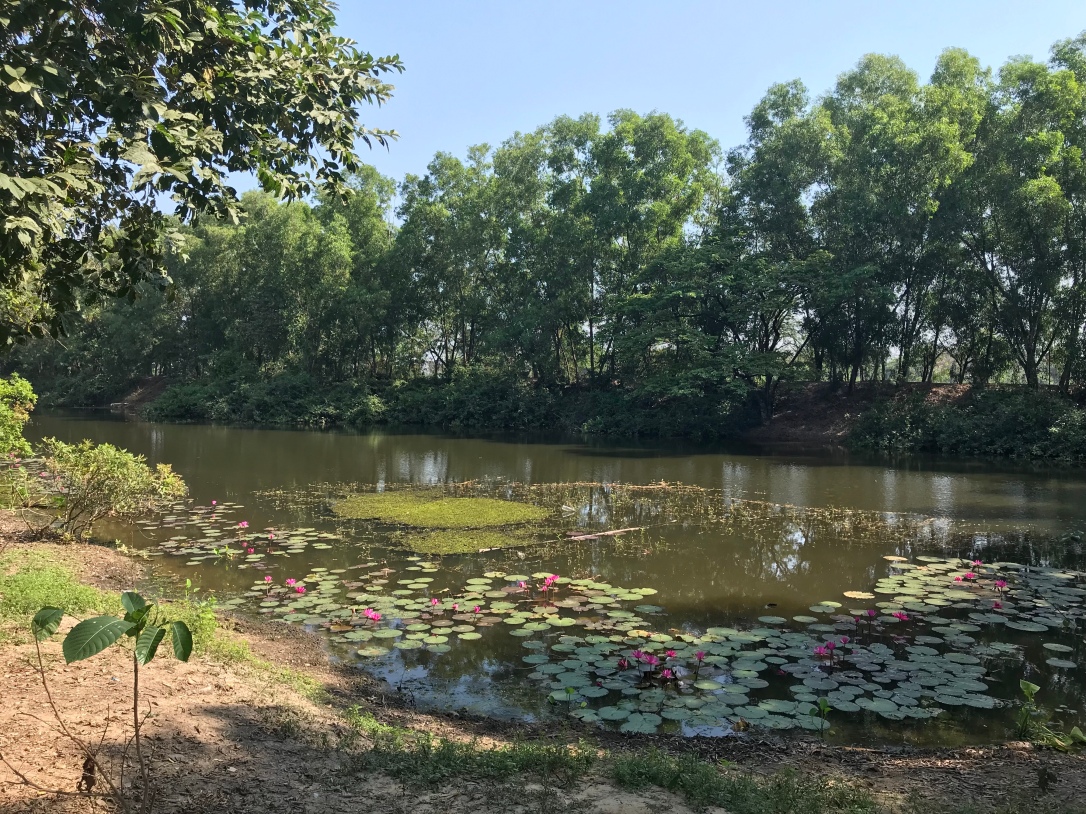 My time in Cambodia was short and fleeting (and surprisingly expensive) but I really did enjoy it. It’s good to be able to change things up a bit and experience new countries for what they are. Not everywhere you go or plan to go will look like it belongs on a postcard. Part of the beauty of backpacking is that you see every single side of a place. The good, the not so good and the bits you’d maybe rather not have seen or want to remember. But it’s all an education, you learn from everything you see and hear, and every conversation you have will shift your opinions on things you’d maybe never even considered before. Getting out of your comfort zone, taking your earphones out and having a conversation with the person next to you could lead you to form opinions and start a series of adventures you never thought possible. Unplug, unload and enjoy this life we have because I’ll tell you something for free, we’ve only got one – and I’m living the HELL out of mine. 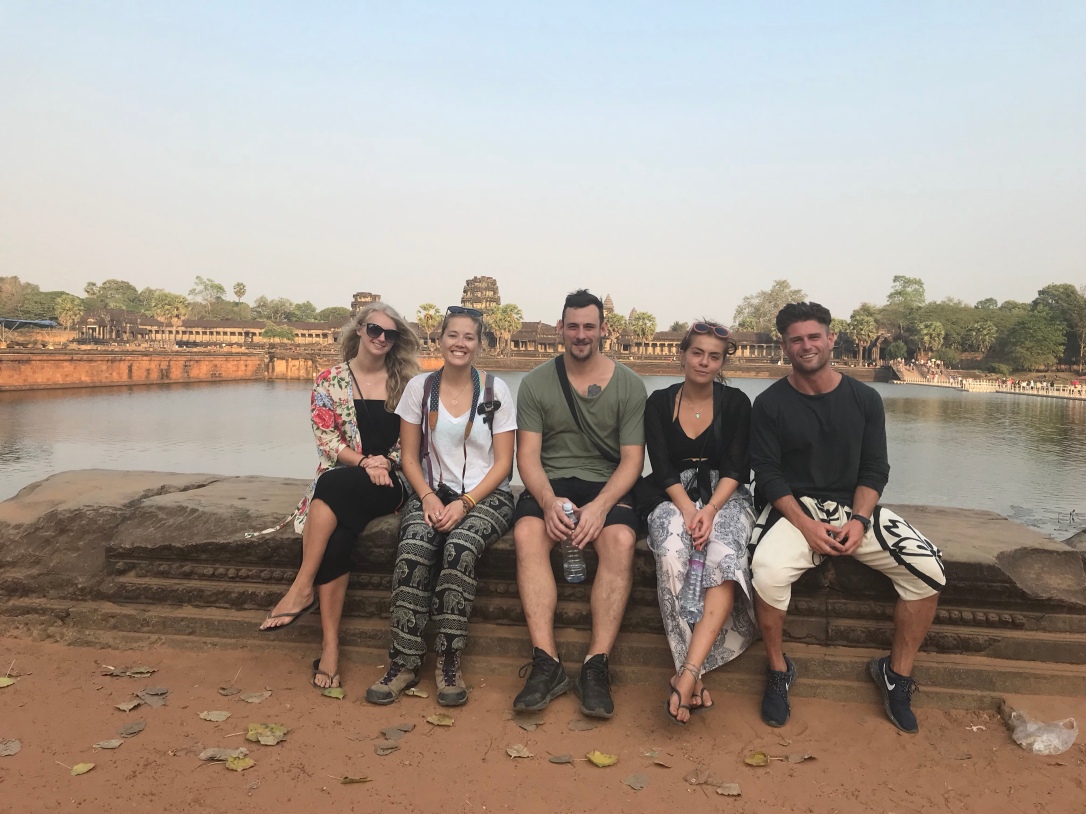