These blogs have been a long time coming, and it got to a point where I couldn’t decide if they were even gonna be happening at all. Blogging, especially in America, became a little tasking. I felt like I was writing not for me anymore, but for the scrutiny of other readers. I found myself censoring my words and debating whether or not I could actually get away with saying some things given my target audience. Not that I was getting up to no good, it’s not like that. It’s that I was worried to share my stories again. I was starting to close down and become less open, and that’s no use when you’re trying to tell your story.

I’d also had a few comments from friends about when and what I was gonna write about when I posted again, considering the length of time it’s been since my last entry – and it really made me think. I couldn’t tell whether they were patiently waiting on me catching up with myself and getting it all out there, or if they were secretly glad I’d hit a blip and wasn’t bombarding their newsfeeds anymore.

Either way, I decided I didn’t really care. Blogging, for me, is about REMEMBERING this amazing year. And the longer I leave it the harder it’s gonna be to get into it again. I also can’t keep these blogs in my notes on my phone much longer, my phone storage won’t allow it…and they might not be worth sharing to some. But to me it’s a step in the right direction to getting my voice back again. So here goes nothing…. 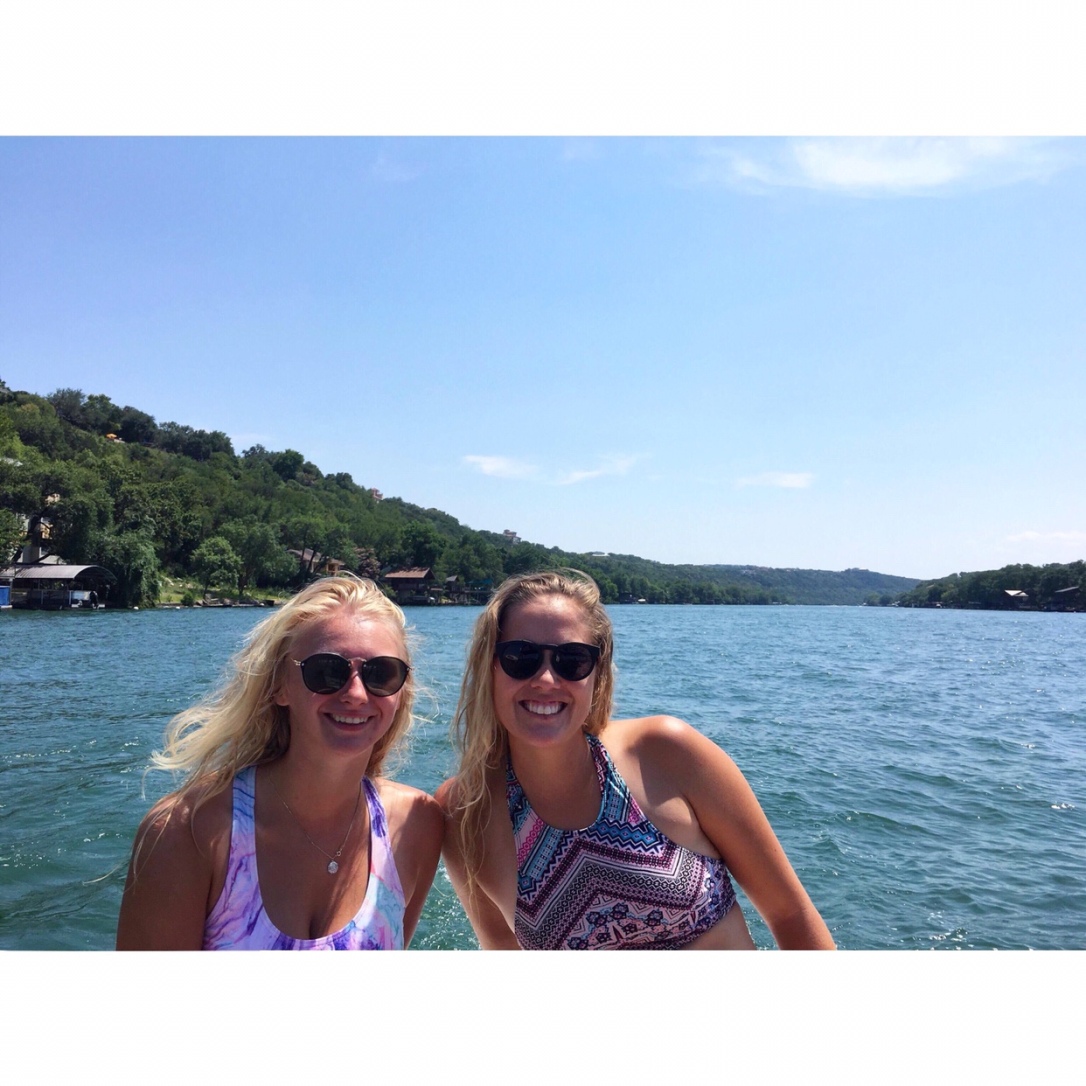 Now…It’s a rare occasion when one of your best friends you met travelling in Thailand at the beginning of the year tells you shes gonna actually be in the same COUNTRY as you again. So when I found out she was heading home to Texas (with me still in Seattle at this point) I booked my red eye and made a bee-line straight for her. April was my longest travel buddy (aside from JJ) from Thailand as far as Australia and our last meeting ended with me sobbing on a pavement in Cairns at 4 ocklock in the morning, remember?

So when the opportunity arose to go check out her home turf, try the infamous “queso” she spent weeks rabbiting on about, and being able to meet her family and friends, I literally jumped at the chance. Originally we had planned to do a road trip from Austin, through to New Orleans and all the way up to Chicago (in 10 days…). But upon further investigation we realised it was an absolutely terrible idea given she’d be doing most of the driving (I drive like miss daisy…) and we didn’t even have a van yet to take us there. So we sacked off the ridiculously ambitious trip and decided to hang around Austin for a while, and let me tell you there’s absolutely no regrets! 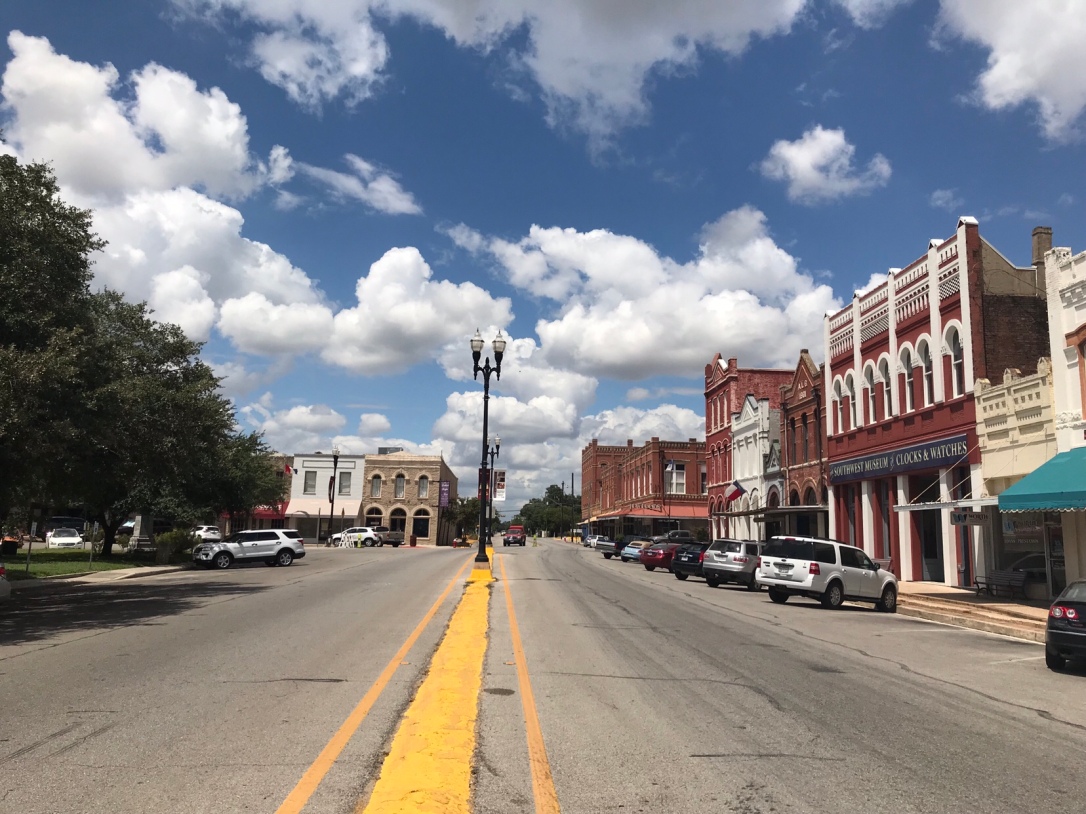 We spent the week hanging out in her favourite volleyball bars, meeting her amazing family and friends & stopping off in Taco Bell at 2 ocklock in the morning after a couple rough nights out in town. She tried to kill me with a flaming Dr Pepper shot…(she pretends she didn’t know there was amaretto in it, and I proceeded to spew for the next 14 hours of my life, unable to even make it from the bed to the couch till 7pm that day). I’ve never been so ill in my entire life and I blame it entirely on her and her nut-infused concoctions! 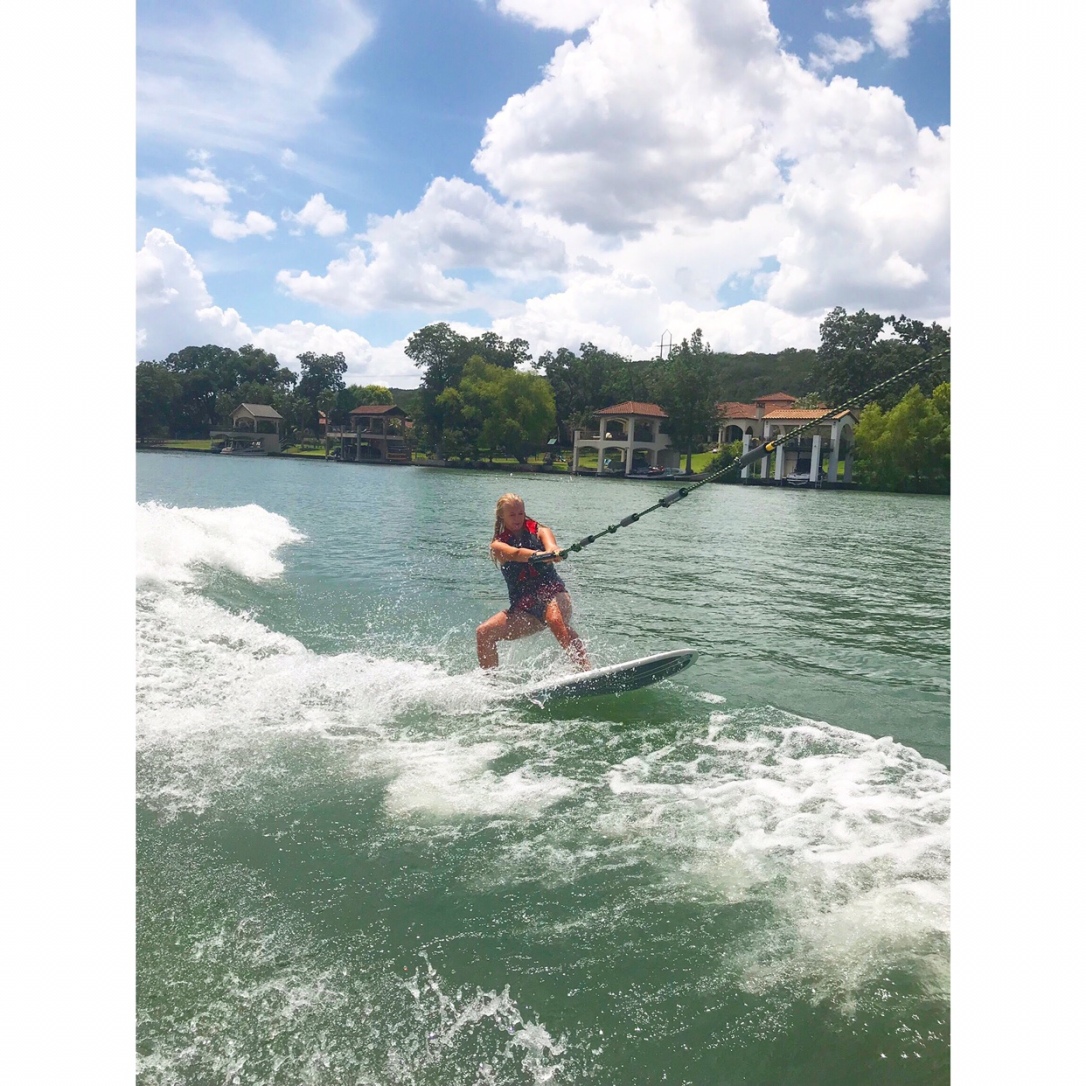 But we didn’t just party and spend the time hungover. We paddle boarded down Barton springs right into river Austin. We spent Sunday’s wakeboarding in the lake, and even managed to squeeze in a mini road trip to New Orleans; the craziest, grimmest, most baffling place I’ve probably ever been. It’s as if magaluf strip and koh san road had a baby and called it bourbon street. Where girls twerk upside down on lampposts and groups of guys stand on balconies above throwing beaded necklaces down to anyone who gives them a show. I’ve never been so grossed out, mesmerised and completely out of my depth all at the same time. It was brilliant. 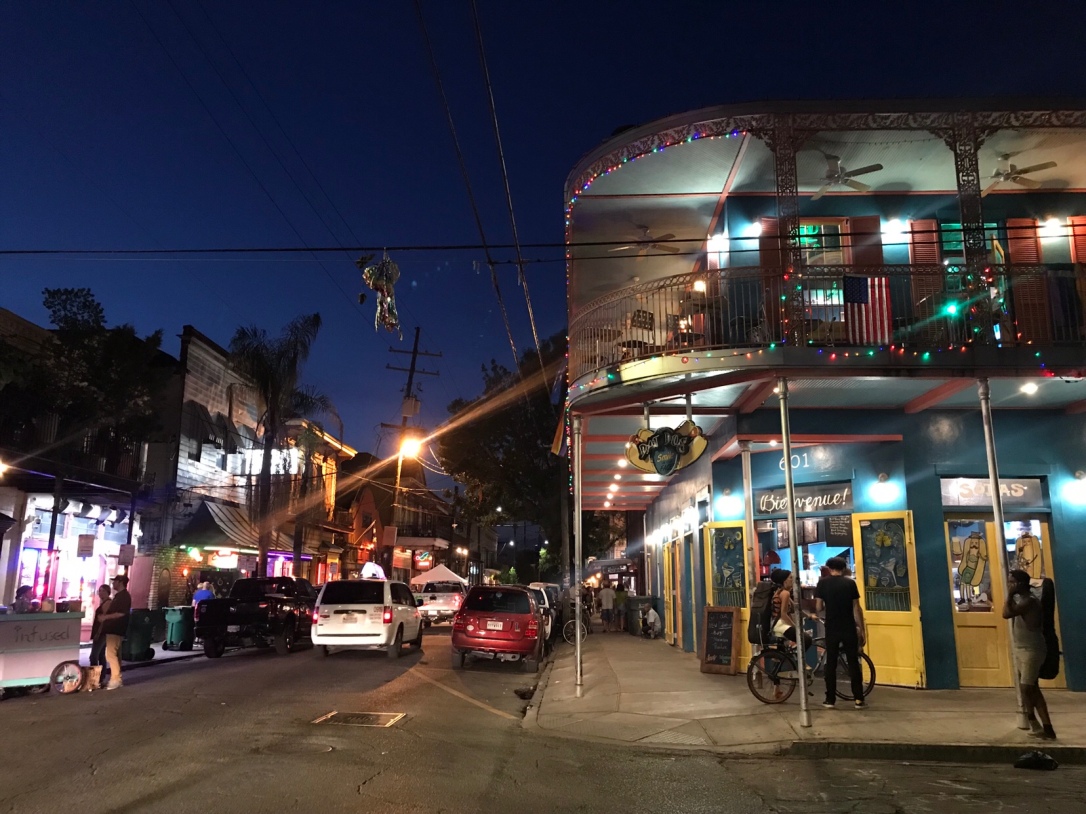 We spent our time in New Orleans pretty much just eating and drinking. I had some of the best gumbo I’ve ever had, fantastic coffee and ….in cafe du monde and even found a stand dedicated entirely to gator tasting. I can’t say I tried it. I can barley even stomach beef but I watched as April scranned on beef jerky, fried pickles, gator, and anything else she could get her hands on. We rocked back to Austin at least 5lbs heavier but it was so so worth it. 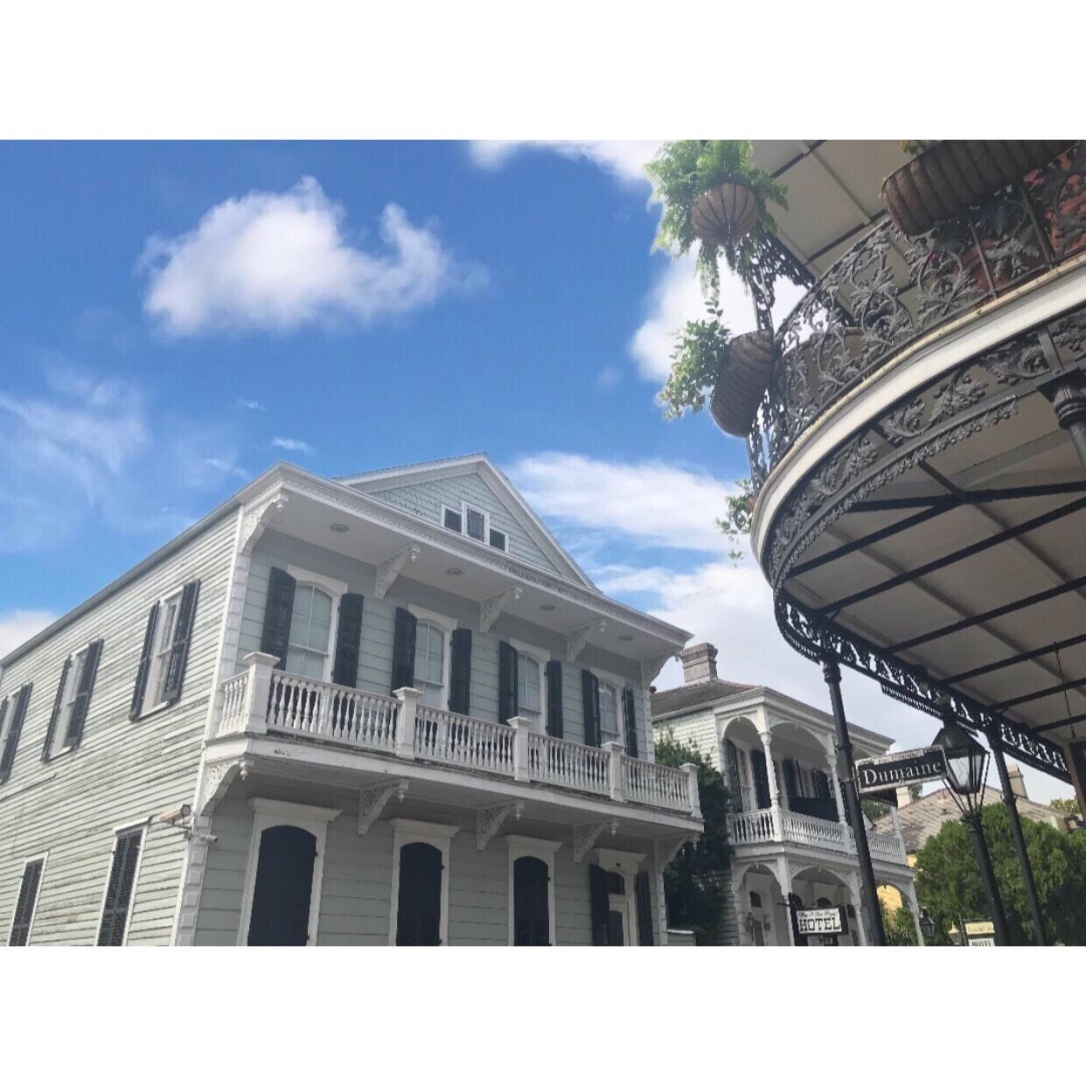 New Orleans is one of those places you just have to witness at least once in your life. If not to party with hand grenades on bourbon street, the architecture alone is something to see. Huge houses with massive wrought iron balconies line the French quarter, with brass bands and street performers littering every corner. The place is ALIVE. It’s buzzing. And I believe it’s the place that sticks out the most in my mind where people are truly living their best lives. There’s no sense of pretence or snobbery. its just a melting pot of difference races and cultures, joined in harmony by the spooky voodoo ambience that is New Orleans.

But alas we couldn’t stay forever. We had to get back to Austin eventually, and my flight to Denver was booked for a few days time. So we bundled ourselves back into the car and set off for the lonnnnnnng drive back to Austin (via Taco Bell…of course).

Saying goodbye to April was horrific. We made vague plans about when and where were gonna see each other again but the truth is we really don’t know. I don’t know what I’m gonna be doing next year at all. And for her to fly to Scotland on the off chance that I’ll be around is ridiculous. So we left it hanging in the balance, not knowing when or where we’ll find each other again. But our motto from the start has, and always will be exactly the same.

Next up is my adventures hiking in the Rocky Mountains, trying out the breweries and meeting some pretty awesome people (and furry people!) in Denver, Colorado.